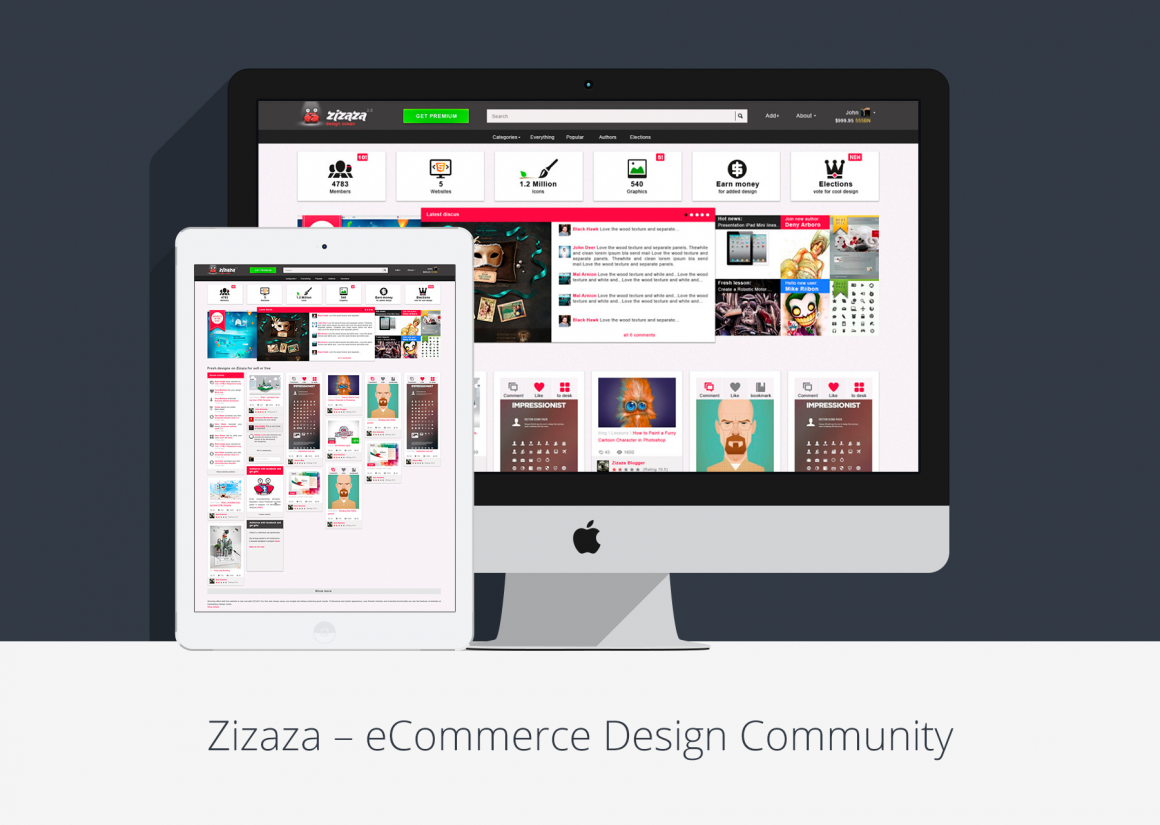 Zizaza is an online store that has been redesigned by us to become a social portal for artists, web designers, UI designers, 3D and graphic designers, who now can exchange or sell their works. Website was upgraded with extended social profile, management system and statistics. We have accomplished full eCommerce design in compliance with the client’s requirements.

The first step in the work of our project was a thorough market research and detailed competitive analysis. We have looked through and analyzed vital elements that were present on different websites’ of competitors to outline features that are the most sought after. As soon as the received and processed the results, we went on with the creation of the prototype. Prototyping is the essential part in creation of eCommerce design as it allows  client and designers to communicate and resolve all the unclear details on the initial stage of the project. This prototype was  reviewed and approved by client. As soon as we received client’s approval we proceeded with eCommerce design and the design of its mobile version. Mobile version of the website is extremely important as it allows business to extend its reachability  to those users, who prefer using mobile devices for browsing websites. During our work on this eCommerce design we accomplished such tasks as icon and logo design, graphic designs and illustrations, as well as HTML/CSS coding.

Website’s redesign fully corresponded to the client’s expectations and helped to increase general turnout of the visitors as well the conversion rate.